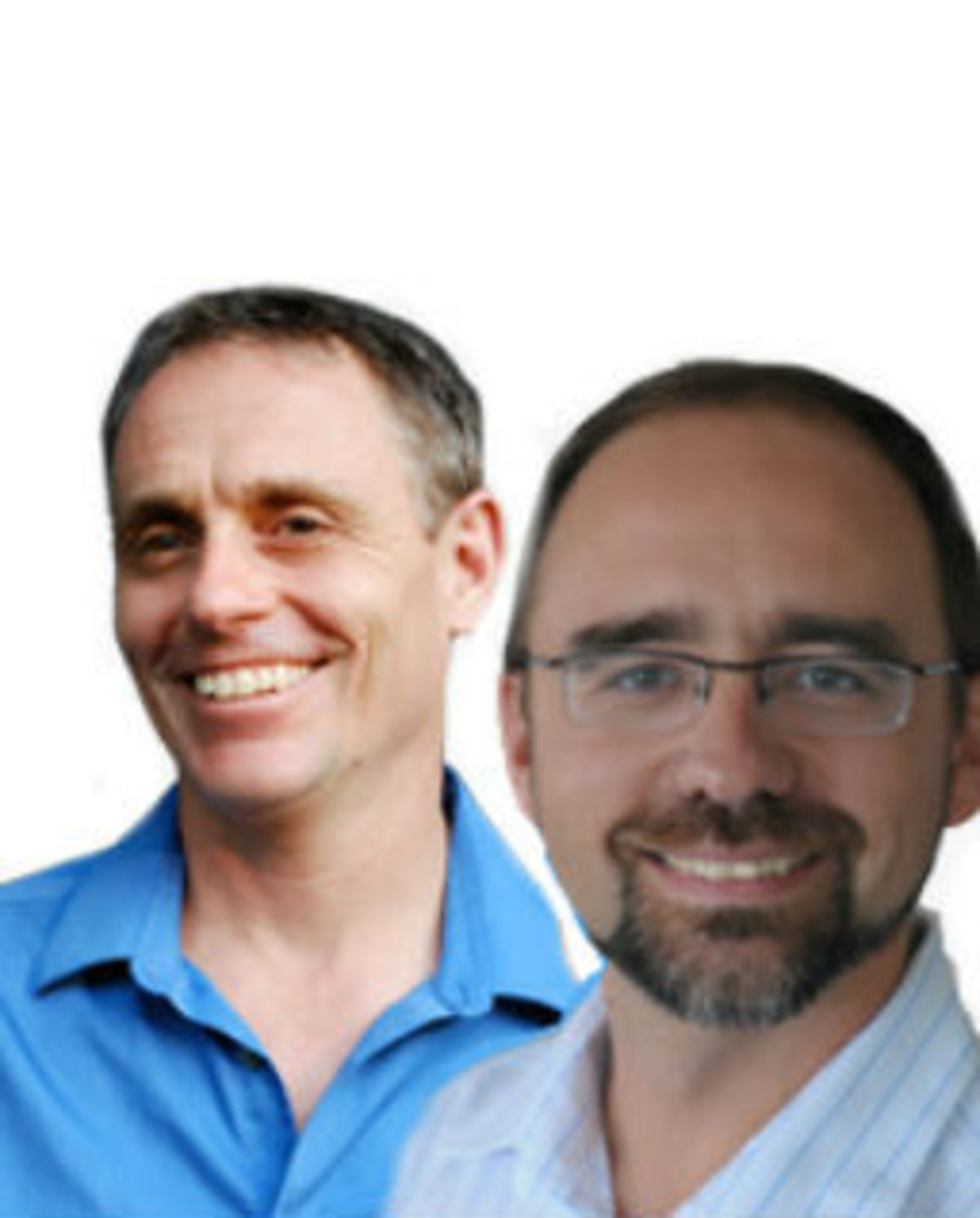 Of course, the grumpy old teacher gets mad and threatens the students with the archaic punishment of a ruler if they keep it up. Finally, he spins around just in time to catch the culprit in the act, while also taking a spitball right in the face. But, to his surprise, the student stands up to a height of 8 feet. The teacher becomes speechless, frightened, and cowardly.

Apologizing profusely, he hands the ruler to the student. The skit ends with the teacher turning around, bending over, and awaiting punishment.

Instead, we have distracted students staring at their mobile devices and teachers who sneer and give point deductions to students looking at their personal screens. If nothing happens when we ask students to put away their screens, we are ignoring the embodied interface of the classroom and the multisensory affordances of shared space. I introduce, assign, and complete the activity within the time of one class period to reduce the stakes of the assignment and induce spontaneity. As students present their skits to the class, I also ask students to comment on well-played gestures or to replay a concept with different gestures.

Instead, all of their eyes are on me. The stares make me slightly uncomfortable, because they make me aware that my nonverbal performance is different from theirs, informed as it is by Deaf culture. However, I have invited the stares and have made them a part of the pedagogical practice. Their eyes respond to me as an embodied classroom interface, and I cannot be replaced by a screen. Consequently, the informal free time we spend with colleagues or classmates is lost. Likewise, the classroom is no longer a single place, but rather an interface that is shaped by the bodies of the students in that classroom.

Deaf Person of the Month

If play is so valuable, why do we leave it to chance? Why do we leave it up to students and workers to decide what constitutes play in a face-to-face setting? With nonverbal skits, students are playing together in a planned interface. We communicate relationships of power, aggression, insult, and fear via nonverbal gestures.


While my dad could humorously perform the act of being overpowered by a student in his classroom, topped off with the act of bending over and getting spanked with a paddle, my identity as a young female professor becomes compromised in the act of performing this sequence. Embodying a narrative becomes an act of critical reading. The student pointed out the romance depicted in the setting, the embrace, the onlookers, the contrast. So we put ourselves in the position of the woman: her face squished, her arm limp—not in a passion, but in de-attachment.

And then we become the sailor: the man, with his left arm locking the woman into his embrace, locking her head into a forceful kiss. The romance dissipates. Only in recent years have we seen accounts that critique this once-acclaimed romantic photograph and tell the relationship of the true relationship of these strangers in the photo, who were also strangers to one another. Sign languages, including American Sign Language, are more complex than nonverbal communication, but an understanding of sign languages can enrich our understanding of the nonverbal.

In my multimodal introduction to composition course, taught fall at Washington State University, I asked students to stage a series of experiments in connection to dissecting their consumer identity. After some prewriting on their consumer identity, students engaged in a series of small experiments. Create a new ad—with images, slogans, and text—based on your own experience of the commodity.

Many students chose advertisements for cosmetics, athletics, or beverages. One student created a parody of an old Tabasco ad from His first drafts used clip art to illustrate the excess of Tabasco use as suggested by the original advertisement. By the end of the semester, and after a series of pedagogical activities which included the nonverbal skit, the student discovered the value of capturing his own facial expressions to communicate the critical and comedic aspects of his study.

In the final revision, the student dramatized the physical impact of Tabasco sauce when it is consumed with the frequency the ad encourages. Stage a series of photographs of the old and new commodities to tell their stories. Students were now encouraged to take a more social and interactive action that was related to their consumer identity, rather than a private action.

Many students chose to visit thrift stores—donating and purchasing used goods. Other students decided to make gifts of their extra commodities, as in the case of one student who created a photo essay of her coffee travel mugs. In composing her essay, she physically enacts lessons in redundancy, both in objects and in rhetoric.

Not only does she photograph herself physically attempting to balance two coffee mugs while carrying an armful of books, but she contorts her body to show the burden of weight, while also twisting her mouth to indicate her doubt about whether or not possessing two coffee mugs is a good idea. If a second coffee mug does not add anything to her life except the burden of more weight, then it does more harm than good.

Both students engage in visual-spatial metaphors to build narratives of their identities as consumers, and both students build an identity couched in consumer excess, which they communicated not only with their words in formal written essays, but also with the power of visual and spatial metaphors expressed through nonverbal modes. The lesson in many ways was also more transformative, with one student fundamentally changing her consumer behavior as a result of the assignment sequence.

These concepts need not be physically enacted in order to practice an embodied composition classroom; when engaging in Deaf culture and language, embodiment can be imagined, as it is imagined, as I stated above, in the process of poetry writing. What the exchange shows is that the student easily imagines in ASL how a woman sweeps her red hair up into a ponytail holder, but struggles to articulate the same image in words.

Because in signing, you can say so much more with fewer words. I guess when you have ideas and concepts and all that, you can sign it. More than the physical reality of the red hair in a ponytail holder, what is the purpose of writing this particular description? Such practices can be extended beyond deaf students to ESL students, as Babcock suggests, but also to neurodiverse, differently abled, and first generation students.

In addition to practicing embodiment in the composition classroom, I have also introduced it into the digital classroom, in an introductory course on digital studies for the Digital Technology and Culture program at WSU. Dalloway In Mrs. Dalloway, Woolf tunnels into the minds of characters, beyond the physical moment to their depths of memories, as in the opening passages in which Mrs. Dalloway is thrown back upon her memories of a past lover when she feels the air in her lungs. In the following passage Septimus Warren Smith feels intricately connected with the trees and sparrows, and in the private space of his mind, he feels like he is teetering on the point of madness, and he feels this connection in his body:.

And the leaves being connected by millions of fibres with his own body, there on the seat, fanned it up and down; when the branch stretched he, too, made that statement. The sparrows fluttering, rising, and falling in jagged fountains were part of the pattern; the white and blue, barred with black branches. Sounds made harmonies with premeditation; the spaces between them were as significant as the sounds.

But we can choose to live in between the 1s and 0s—we can choose to live a life that is not programmed. When we study data in this class, we consider the value of surface data, big data, and metadata, and we put that information in conversation with deep data. While data projects like oneSecond collect, catalog, and present one second of posts on Twitter into pages across four books to show the magnitude of human experience concentrated on one second, in class, we focus on everything that is not captured by a Tweet. Instead, we focus on the texture of human lives, from what we see, hear, and feel to what we imagine, remember, and predict.

By teaching students to access the multiple textures of human experience, they learn to see, hear, or feel more deeply than they could before. Embodied digital studies moves in concert with disability studies, valuing sensory experiences of the world, while acknowledging the immeasurable variations in sensory experiences from person to person. In an era of decreased state funding and increased reliance on enrollment-based funding, universities are investing more and more in technologies that enable professors to deliver courses in bulk.

Research in Deaf Gain related to higher education, including studies in architectural spaces, community living, cinematic lenses, poetics, digital advances, and cognition promises to be one of the most valuable investments we can make in improving residential campuses and face-to-face pedagogy. When we transform our pedagogical practices in the face-to-face classroom to value the deep learning that comes with human interaction and embodiment—particularly when those bodies vary in identity markers of class, gender, race, ethnicity, sexuality, and disability—our students gain ethical knowledge that values human difference.

I want to especially thank my parents Christopher and Annella Hunter for providing me with a warm and rich experience of Deaf culture and for prompting me to think critically about the embodied classroom. Williams for their various contributions to the initial growth and development of the ideas expressed in this article. Finally, I want to thank Andrew Lucchesi, Sushil Oswal, and the reviewers for their valuable roles in the production of this special issue. Babcock, Rebecca Day. Boston: Bedford, St. Bauman, H. Bauman, H-Dirksen L. 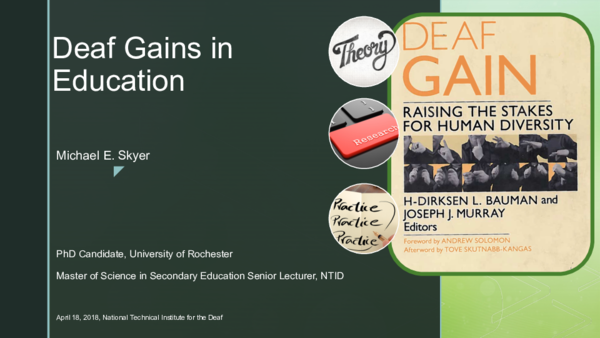 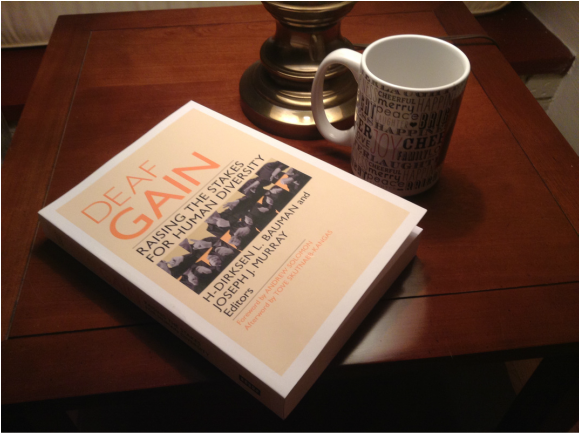